The Heavy Tank M6 had the worst fate of all mass produced heavy tanks of WWII. A decent vehicle with competitive characteristics became another victim of work dragging on too long. The tank was accepted into service, but only 40 vehicles in 3 modifications were produced, and none of them saw combat. By 1943, the M6 was obsolete and its road to the front lines was closed. However, a heavily modified version of the tank was soon once again in demand, and urgently. This is the modernization covered by this article.

The Americans got lucky in Normandy. Unlike what Hollywood movies, where American soldiers fight off hordes of Tigers, the Yankees didn't meet any in the summer of 1944. Most of the fighting of the «big cats» fell to the British, Canadians, and Poles, but that didn't make the Americans' lives that much easier.

As unusual as it sounds, the British, whose main tank at the time was also the Sherman (mostly Sherman V and Sherman III) were much better prepared for fighting the Panthers and Tigers. By the start of the Normandy operation, the British had over 300 Sherman VC tanks, better known as the Firefly. Their 17-pounder (76 mm) guns could easily penetrate any German tank through the front. In addition to those, the British built Achilles tank destroyers, also equipped with 17-pounder guns, on the chassis of American M10 tank destroyers. In addition to all this, towed 17-pounder guns were available in ample quantities.

As for the Americans, they had the aforementioned M10 GMCs, lighter M18 GMCs, and M4A1(76)W tanks that just started to appear in armoured units. All these vehicles had 76 mm guns with the ballistics of the 3 inch M1917 AA gun. These guns were more powerful than 75 mm M3 guns on regular Shermans, but they weren't perfect for fighting new German tanks. Recall Belton Cooper's memoirs «Death Traps» which describes what an American tank officer thought of the tanks in which his comrades fought and died. Of course, this book distorts reality, like all memoirs, but the general theme is correct. Even the Panther was a serious problem for American tanks.

Meanwhile, on July 18th, 1944, the British met a new threat. Near Cagny, tankers from the Irish Guards encountered the newest German Tiger II tank from the 503rd Heavy Tank Battalion. John Gorman's tank rammed the German tank in the side and managed to disable it with a good shot. The ferocity of the battle can be seen from the fact that the Guards had 15 tanks burned and 45 were disabled.

Information about new German tanks immediately became known to Allied command. The British were ready for the Tiger II. The 17-pounder could penetrate the King Tiger in the front, although from a smaller distance than a regular Tiger or a Panther. For the Americans, the new tank was a huge problem. There was nothing they could use to penetrate its front. Even the 90 mm AA gun that could be used as an anti-tank weapon was not enough. It's no wonder that, immediately after receiving this information, General Eisenhower requested a new tank, preferably a heavy one, with a gun that could deal with this new threat.

A gun to fight the Tiger II was quickly found. This was the 105 mm T5E1 tank gun which was being developed for the T28 tank destroyer. From 917 meters, its T32 shell could penetrate 135 mm of armour at an angle of 30 degrees. This gun could confidently penetrate a Tiger II from the front from a few hundred meters. There was one small problem: finding a tank for this gun. The T28 was not an option, as the drafts were not yet completed. The obvious choice was the M6. These forgotten tanks were once again in demand.

Victim of its Own Chassis

On July 28th, 1944, a little more than a week after the battle at Cagny, General Electric proposed a design project for the conversion of the M6 Heavy Tank to accept a larger gun. The initial concept was significantly different from what was built in metal. This mostly applies to the turret, which initially resembled a modified T25 medium tank turret. The turret received a larger bustle which also served as a counterweight. The 105 mm T5E1 gun required a 2032 mm wide turret ring.

It was not enough to modernize the turret and install a bigger gun. The hull was also seriously altered. The Bureau of Ordnance was full of realists who realized that the size of the M6 made it a good target and that 80 mm of front armour was not enough.

To solve this problem, the hull machinegun and driver's observation port were removed. An additional armoured plate was planned, which would bring up the tank's total armour to 182 mm. The driver's visibility drastically decreased, but tankers would certainly be willing to deal with that limitation for such armour. The side observation devices were also removed.

On July 31st, Major General Gladeon M. Barnes, the head of the technical department at the Bureau of Ordnance, sanctioned the transfer of work on modernization of the M6 Heavy Tank to General Electric. The project due date was «ASAP». On the next day, the tank received an index: M6A2E1. The choice was simple: the M6A2, also known as T1E1, was the most common of the M6 Heavy Tank family. In total, 20 of these tanks were built. A conversion of 15 tanks was planned, with the rest serving as spare parts. Wellman Engineering Company was chosen as a contractor for the turrets. 15 turrets in total would be built.

August 1st was a difficult day for Major General Barnes. Even though the due date was «ASAP», 60 days were allotted for this project. Even a simple inspection of the tanks that would be converted extended that time to 90 days, which included the conversion of 10 tanks. On that day, a subcontractor for the turrets was chosen, Continental Foundry & Machine Company in Chicago. Barnes' next day was also a rough one. Front-line general Lucius Clay spoke out against converting the M6 Heavy Tank. It is very likely that Eisenhower listened to Clay's comments. They definitely had an effect on the further development of the situation.

Work on the M6A2E1 continued. On August 5th, General Electric demonstrated a slightly modified draft. Some of its characteristics caused a disturbance. For instance, calculations showed that the weight of the enlarged turret, new gun, and additional armour would push the mass from 57 tons (M6A2) to 77 tons.

The Bureau of Ordnance was eager to accelerate work on the M6A2E1, but Barnes first mentioned new T29 and T30 Heavy Tank projects on August 14th. The general had some experience in tank design and knew that an increase of 20 tons would have a significant effect on the tank's agility. Nevertheless, work continued, and General Electric actively collected subcontractors in the middle of August.

Suddenly, a letter came from London on August 18th, 1944, bearing Eisenhower's signature. This letter cancelled the order for 15 M6A2E1 tanks. This didn't happen without Clay's influence, but it's hard to say that he was wrong. When an M6A2 tank was loaded to 77 tons at Aberdeen, it could not climb up a 40% grade (about 22 degrees). Considering that while even relatively flat Normandy had plenty of hills, the Ardennes and their much more severe terrain came right after, Clay's caution was understandable. On August 22nd, 1944, the M6A2 conversion program was permanently shut down.

The closure of the program did not mean that the M6A2E1 wouldn't be built at all. Barnes mentioned the T29 and T30 tanks. To speed up work, it was decided on August 22nd, 1944, to continue the modernization program, but limit it to two tanks. On December 16th, Continental Foundry & Machine Company received an order for two turrets to be installed on tanks and one to be used for gunnery trials.

By then, work on the T29 began, which reflected on the M6A2E1's turret design. As mentioned above, the turret was initially an evolution of the Medium Tank T25 design. In the fall of 1944, it changed radically.

First, due to its excessive mass, the sides were thinned out to 100 mm. Later, the overall design changed, making the roof welded. In February of 1945, that design was discarded. The tank got a new 4-man turret, as the round was separated into two pieces. This changed the layout of the turret and increased its size. In May of 1945, the turrets were finally made by Continental Foundry & Machine Company, having nothing in common with the original proposal.

Rumours about the installation of a T29 tank's turret on the M6A2E1 chassis in May of 1945 have no basis in reality. The installed turrets were planned for the M6A2E1 all along. The T29 Heavy Tank received a completely new turret, even though it was an evolution of this design.

According to documents, the tanks started their first trials in May of 1945. These tanks differed from the initial design not only in the turret, but in the hull. Since they would never see combat, the extra armour was not installed. The driver's observation device remained, but the hull machinegun was removed. Nevertheless, the tank's mass still grew to almost 70 tons. Even though initially the T5E1 was not meant to have a muzzle brake, trials showed that one was necessary.

Trials continued in June. On June 7th, the first prototype arrived at Aberdeen for mobility trials. The second prototype was used to test the gun and ammunition. As for the turret, it started trials in May of 1945. In documents, it was called T29 (M6A2E1) Cast Turret, which likely confused several researchers.

Turret #2 was fired at with machineguns, with interesting results. It turned out that there were cases of bullets ricocheting off the front of the turret, then the gun mantlet, and ended up inside the turret. The gun mantlet needed changes, which were implemented on the Heavy Tank T29.

The gunnery trials that the second prototype participated in were the most important ones. Their results introduced some changes into the T5E1. For instance, the recoil mechanism was changed, and a muzzle brake was added. In August of 1945, the idea of installing a 155 mm gun from the T30 tank into the M6A2E1 surfaced, but never reached the practical stage.

Both vehicles took part in various trials until 1946. After trials were finished, the first M6A2E1 prototype was sent to the Aberdeen tank museum. Sadly, in the early 1950s, it was scrapped along with many other tanks and SPGs. The second vehicle suffered the same fate. 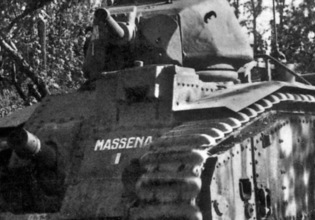 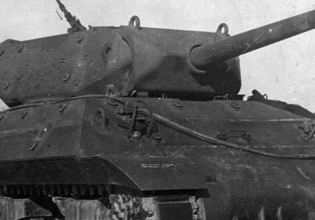 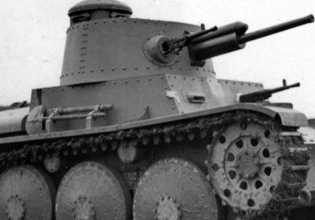 Halfway to the Hellcat