The concept of Home Front – “home”, or “internal” front — was widely used in both world wars of the XX century in the U.S. and Great Britain. It was supposed that the remaining members of society in the rear will behave as if they were on the front and do everything to approach victory: to work at defense enterprises with highest impact, to pay taxes and subscribe to cash loans, to save fuel, food and other resources, to fight enemy espionage and propaganda.

The face of the «home front» were, of course, housewives — on thousands of posters, women with a smile on their faces were fighting the hated enemy, giving confidence in the soldiers at the front. Of course, this most hated enemy was trying to invite doubts in the souls of Americans and Englishmen. And on their heads felt a counterpropaganda, telling about what, apparently, are doing «warriors of the home front» actually and in the first place, claiming to one of the most primitive feelings — jealousy.

With posters and postcards printed by Goebbels' office, the soldier was told that while he was rotting in the trenches or dying in an attack, his woman was being used by someone who had managed to get away from military service, or a rear officer, or an allied soldier. Propagandists of other armies did it clearly in the same way – with the same content felt Japanese cards on the Australians, Soviet — on Germans, Italians tried to influence the French. There is a lot of military propaganda, here we will try to look at its small corner — German postcards, «aimed» at English-speaking soldiers. 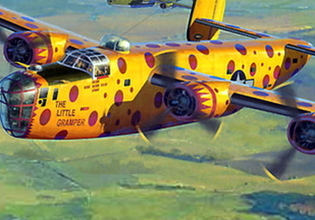 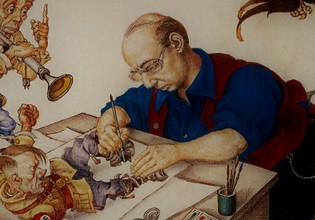 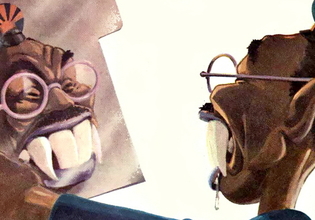 Funny pics Warspot: «We are always with you …»