The outbreak of World War I was greeted with enthusiasm in almost all countries that started it. For some reason, everyone believed that the conflict would be fast-flowing and victorious. Russia was no exception, where many people, including artists, wanted to help the «Serbian brothers» and teach a lesson to the presumptuous Germans and Austrians.

In August 1914, a whole group of avant-garde artists created the association called “Segodnyashniy lubok” (“Today's Lubok”), which started mass production of posters and postcards that continued the traditions of the “old” Russian popular print — using the technique of deliberately primitive colored engraving, accompanied by a small text written in verses. The association included artists who later became famous all over the world — Kazimir Malevich, Aristarkh Lentulov, David Burliuk, Ilya Mashkov and others. Most of the texts for these images were written by Vladimir Mayakovsky, who also acted as an artist.

Soon the dashing attitude disappeared — it became clear that the war would be long and not as colorful as in the pictures of «Today's Lubok». Mayakovsky later wrote that the association halted its work by November due to the understanding of the «disgusting horrors of war», which later did not prevent him from publishing the famous “Okna ROSTA” (“ROSTA Posters” or “ROSTA Windows”). Perhaps the poet stretched the truth a bit, and the main reason was the fact that the publisher and philanthropist Grigory Gorodetsky stopped funding the artists. Nevertheless, we have several dozen vivid images mentioning the main events of the beginning of the first world conflict, proving to be a wonderful monument to their era. 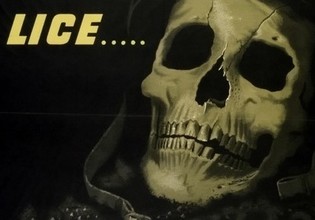 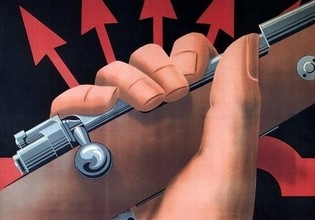 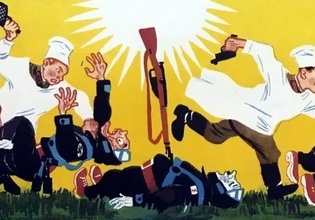 Highlights for Warspot: «The Man in the High Castle» 1916

Highlights for Warspot: The Adventures of Hamsters