A film about the war can be good. Not in the sense of picturesque landscapes or battle scenes – it can be nice inside, according to its idea. And at the same time, such a film can leave the most oppressive impression. No contradictions, everything is legitimate, says Christian Carion in his picture Joyeux Noël («Merry Christmas»).

Lovely war movie is some kind of oxymoron. After all, war is always mud, blood and misery, and epic battles in such pictures, as a rule, bring a simple idea: do not let it happens in the real life.

But what if it is not about picturesque landscapes or breathtaking battle scenes, but about the idea, which is the main plot of the movie. Could it be beautiful? Even if it will leave the saddest impression. Let’s say, a movie about self-sacrifice during the war always looks spectacular, as empathy is very developed in people. So, they can easily put themselves in the main hero's shoes and ask a question: «And how would I act? Would I be able to lay down my life for the mutual good?».

There are innumerable examples of self-sacrifice. Even those relatively small part, which reaches the movie screen, amazes by its spread. At the same time, the idea should not be obviously disastrous to make an impression. It was intelligibly explained to us by Christian Carion, who created a movie in 2005 about the Christmas truce during World War I. The picture is piercingly beautiful and grievous as a mortal sin.

The beauty, that requires victims

Joyeux Noël («Merry Christmas») is a custom-made product for many reasons. «The great war» basically is not the most frequent object for displaying in cinematography. Conflicts of the middle of the XX century led by World War II hopelessly overshadowed it by its cruelty. As such, it is possible to affect the viewer through its reflection much more effectively, isn’t it? There is the opinion, that Carion understood it in a pretty good way: his war does not seek to become a leader of the number of corpses and pints of blood. He took it upon himself to show the inside torment of a person, who is resisting a murder at all costs. And he has succeeded.

Unfortunately, the author had to sacrifice some part of realism – in any case, it may seem so for today’s viewers. For example, the scenario of «Merry Christmas» did not foresee at least one doubtful or contradictory character among all soldiers. The one who can make the viewer doubt his moral qualities, even for a moment. No, everyone here is pleasant, regardless of the flag they are fighting under. Probably, director and screenwriter Christian Carion intentionally was obtaining such an attitude to his heroes. We can easily put ourselves in the shoes of absolutely every character. And it means that we can make out the absurdity of the situation from all sides. The only psychologically difficult role in the whole movie belongs to the Scottish shooter performed by Steven Robertson. Even this role evokes only understanding and empathy.

Junior Officers are also shown as good guys – those who rot in the trenches together with their soldiery. The true knights without fear and reproach — this is how we should remember them. Guillaume Canet and Daniel Brühl (French and German Lieutenants, respectively) play especially well — there is some kind of chemistry between them. With the help of these two characters, Carion mainly influences the viewer, turning the logic of war by 90 degrees. He has exceptionally positive heroes that are fighting with each other for some reason, while the categorically bad characters are running this bloody parade. And on whose side should our sympathy be?

It seems that everything is obvious for us: they start wars at the top, while others suffer from the consequences of these decisions at the bottom. It seems that a murder of your own kind based on someone’s far from comprehension order is insane. And the only logical and human thing is a protest. It seems that the best decision is to lay down the arms. Even for a day, while angels are singing in heaven, ushering in the birth of a merciful god.

We believe so, but what will be next? The war machine, which started once, will not even trip over it. And it does not even have to punish the guilty from the point of military discipline view. Their punishment is the inevitable end of the self-willed truce and the subsequent horrible need to shoot at the enemy again. The enemy with whom they had talked through their hats and shared souvenirs in no man's land yesterday.

Carion slowly but inexorably leads us to the terrible conclusion: all these people with whom we have already become friends — they are all cursed. They have no future. They have given up once they have felt sympathy for the same people dressed in a different uniform. And some part of us dies as soon as we understand what kind of thought they want to put in our head. Is it all for nothing? What is the world where a man who once refused to kill condemns himself to eternal torment?

​This unexpected anti-war note, barely visible behind a layer of feigned theatricality and melodrama at first and so piercing and uncomfortable at the end, becomes a real discovery. Such a war, without much naturalism and yet terribly hopeless, cinema shows very rarely. And maybe it is good.

The picture looks quite lyrical and lightweight, as if for more contrast with the unfavorable idea. And no less aesthetically — the mentioned theatricality becomes an excellent ally in this context. To be honest, everyone involved in this performance can be transferred to the stage without any problems — the scenery is almost unimportant. However, there is the only truly cinematic episode at the very beginning — a scene in which a French Lieutenant is preparing for battle. Only a couple of minutes, not a single word — but such an unbearable tension that the teeth grind.

Most of the rest actions is a costume performance, played out by reasonably talented actors. Here is something like a demo-version of ordinary life: conversations about everything and nothing at the dinner time, football, opera. People take whatever they can carry as long as they have such an ability. There is no time for rich decorations.

Carion even adds a love line and here it plays the role of something like a plot link between episodes. At first, this seems to be a reassurance, even with the great acting of Diane Kruger and Benno Fürmann. But then it becomes clear that the director is simply distracting us from his terrible idea, leading us deeper into the thicket of quasi-normality.

And when we almost believe in mercy and forgiveness, the war machine turns on its horrible mechanisms, instantly throwing us from heaven to earth. Now all these wonderful people who have almost become a family for us for two hours, are facing cruel, terrible retribution. The war did not even have a thought to calm down. All this time it has been standing beside, horribly giggling and waiting for the moment to make the hit more painful.

And it does it with all its crushing power. With the fingers of August persons, studded with precious rings, with the feathers of military scribes, worn-out horseshoes of war horses, with the hands of the trench soldiery, hardened by frost and sun. The lives of millions of people. 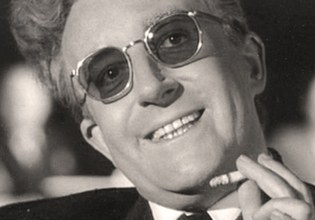 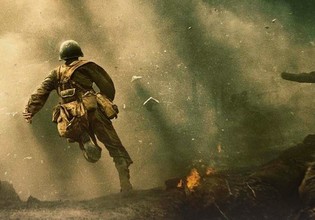 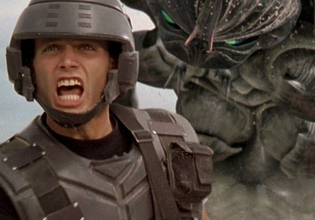 Highlights for Warspot: The Advantage of Neutrality

No Man’s Land that Became “Every Man’s Land”
HI THERE!