The US Air Force (USAF) has retired its Boeing F-15C Eagle aircraft from Europe, with the last aircraft departing Royal Air Force (RAF) Lakenheath in the UK on 27 April. RAF Lakenheath marked the occasion, noting the nearly 30-year service of the air superiority fighter at the home of the 48th Fighter Wing in the UK.

“Today we bid farewell to our F-15C fleet. Since its arrival here in 1994, the Eagle has held a special place in the hearts of our airmen and our wingmen in the local community. The Eagles will begin a new chapter of service in their storied careers as they return home to the US to continue flying in the Air National Guard,” the wing said.

The type first arrived in the European theater in 1977, at the height of the Cold War. Since then, the Eagle had stood guard over Europe’s skies with unwavering service, and one Air Force family, in particular, has played an incredible role in bookending this incredible chapter in military aviation history.

Back to the present day, while F-15C/Ds still remain active today with the Air National Guard, the USAF — aside from the Air National Guard — has whittled down active duty F-15C/D operations to just three units: the 493rd FS “Grim Reapers” at Lakenheath, and both the 44th and 67th FS at Kadena, Japan. While two squadrons of F-15E Strike Eagles will remain at Lakenheath, the 493rd FS is re-equipping with F-35As alongside the 495th FS “Valkyries,” which is well advanced with its reactivation with the F-35A. 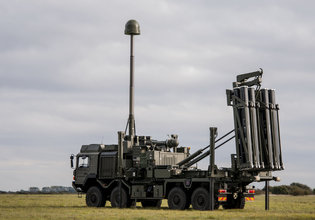 Brazilian Gripens in the sky

Nuclearb bombs back to the United Kingdom
HI THERE!