Bonds of comfort and joy

During World War II thousands of Australians had to celebrate warm and happy holidays in conditions that seemed unbearable. Fate led infantrymen, aviators, and sailors to the dark, hot, and damp jungles of the Pacific Islands. Some were thousands of kilometers away from home, in Europe and North Africa. Others had to survive the perils of captivity in Germany, Italy, and Japan. The pictures from the Australian War Memorial will tell us how Australians celebrated Christmas and New Year during World War II.

Citizens of Europe and North America associate Christmas holidays with snow and frost. But in Australia (as well as in other countries of the Southern Hemisphere), December is the warmest month of the year. That is why Australians associate Christmas and New Year with bright sun, visits to the beach, barbecue, and other «summer» activities in peacetime. Even during the first years of World War I Australian soldiers had to celebrate Christmas and New Year among the gloomy rocks of Gallipoli and in the frozen trenches of the Western Front. Customs and traditions, that came not only to the times of World War II but also to our days, appeared in these places. The souls of people, calloused during the war, were reaching to goodness and light. The soldiers were trying to celebrate the Christmas holidays commendably in any conditions, remembering a far home and letting themselves little joys of life.

In Australia, Christmas played the most important role in all Christmas holidays, like in most English-speaking countries. That is why the command considered it was a duty to make a gala dinner on Christmas Eve for soldiers, who are in the line of fire. At the same time, it could even be a real «front-line delicatessen». Based on the letters and memoirs of war participants, we can roughly find out the content of such treats. For example, on Bougainville Island in December 1944, the soldiers received a turkey, ham, potatoes with onions, and Australian sweet Christmas pudding (so-called plum pudding).

As for the alcohol, on Christmas soldiers were regaled beer, as a rule. This fact often discussed by front-line soldiers, it is depicted in thousands of photos. The sailors also did not back down. It is obvious that cooks tried to please sailors and Officers with something celebratory if the ship was on the sea on Christmas.

As in many other belligerent countries, public and charitable organizations were involved in preparing Christmas gifts for front-line soldiers in Australia. The largest of them were Australian Red Cross, actively working around the world «Young Men’s Christian Association – YMCA», and so-called «Australian Comforts Fund». Red Cross and Christian Associations were widely known all around the world and we need to tell more about the Comforts Fund. This national volunteer association of Australia appeared in the years of World War I and started active work in 1915 to provide food, rest and recreation for soldiers at the front. The activities of the volunteers were very multifaceted and included creation of soldiers' clubs and canteens, sending packages with personal goods and food to soldiers, organizing concerts and other entertainment. Australian women massively participated in the work of associations and unions of military help on a voluntary basis.

There was a tradition of sending gift bags to Australian frontline men on New Year and Christmas. This custom appeared in 1915 and became a tradition during World World War II. According to the front letters and photos, standard gift bags could be different. One of the Officers described his Christmas gift as follows: «The box contained sweets, chocolate, biscuits, a tobacco pipe, playing cards, and other things — useful and useless». Another front-line soldier described other contents of the package: «The package included one plum pudding, a can of fish, a can of minced meat, two packs of cigarettes, a bar of chocolate, chewing gum, mints, safety pins, a handkerchief, toothpaste and a can of tooth powder». As the gifts were prepared and packed by volunteers, the packages could contain letters, postcards, children's drawings, and other reminders of home.

Of course, a huge role played not only physical but also spiritual food. On Christmas worships (mostly the Protestant rites) were held everywhere in frontlines and behind it. Chaplains read sermons, and Christmas carols were sung. It is possible that for some soldiers it was just a formality, but it is undoubtedly that for many soldiers and Officers the spiritual component of Christmas was very important. The main secular entertainment was a concert (when there was an opportunity to organize it). Musical and theatrical performances were amateur in most cases, as artists and musicians rarely got into the jungle. Sometimes there were sporting events, such as swimming competitions, football, or rugby matches.

In New Guinea, the Australians had established quite friendly relations with the Papuans even before the war, so the natives often participated in Christmas holidays. The missionaries used to perform Christmas worships, but natives did not forget about their traditions. On the photos we can see Papuans entertained with folk dances and traditional rituals on the occasion of the holidays.

For Australians on the home front wartime Christmas became a budget holiday, which was celebrated modestly by patriotic people. There was austerity, which affected fuel, clothing, and food. The harsh standards of wartime life were clearly manifested during the holidays. John Deadman, the Minister for Defense Industry of Australia, prohibited Christmas celebration in December 1942, because of this he was given a nickname «The killer of Santa Claus». Despite this, people tried to forget about the hardships of wartime and relax during the holidays. As for soldiers, stayed on the home front, they were able to spend time in women's society, walk down the city streets and visit friends and relatives. At the same time, frontline families across the country were preparing gifts for their defenders.

If the administration allowed, the captives could look forward to a modest dinner. One Australian soldier, being captured in Singapore, described the Christmas Eve menu on 1944: «One and a half dessert spoon of fried herring, dessert spoon of beans, two slices of fried tapioca, two dessert spoons of Chinese cabbage, vegetable paste, a cup of fried rice with beans, half a pint of rice with gravy and a small cheese pie». For prisoners, who used to have a hungry life, such a treat seemed like a real feast, and many of them overeat to a pain in stomach. Having possibilities, captives were making Christmas tree decorations and souvenirs, trying to organize concerts.

There could be a long story about how the Australian military celebrated Christmas and New Year during World War II. We have made only a brief sketch and gave some examples of how people tried to celebrate light and happy holidays in such difficult military conditions. Of course, any soldier, sailor or pilot on Christmas days dreamed about the end of the war and returning home, not even talking about how much their friend and relatives were waiting for it. On Christmas and New year's days, the invisible «bonds of comfort and joy», which are sung in the old Christmas song, became especially important – and even war could not destroy friendship and love. 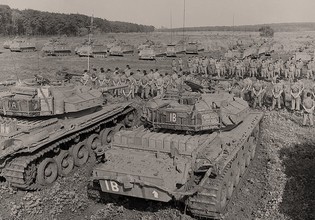 Centurions in the Jungle 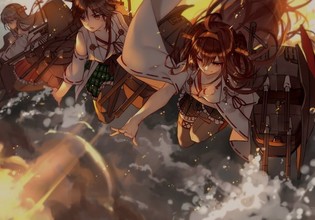 «The shells of my love cannot reach you!» 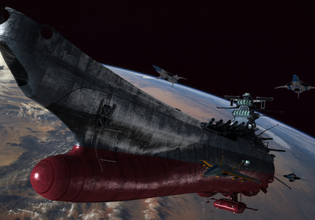 Highlights for Warspot: fish is the best meat

Highlights for Warspot: know your allies by sight

Highlights for Warspot: “The Bismarck Youth” and Others
HI THERE!