The State Aviation Museum of Ukraine, located in Kyiv, cannot boast of wide popularity, and even locals often ask: “Do we have such a museum?” And this despite the fact, that it located literally across the fence from the “Kyiv” airport — one of the main transport hubs of the city. The rather large museum has many exhibits, definitely worth seeing.

One of the least-known museums in the Ukrainian capital is located one and a half kilometers from the central entrance to the “Kyiv” airport, located at Zhuliany district of Kyiv. This neighborhood is not an accidental one: training center of the Kyiv Institute of Civil Aviation (now the National Aviation University), where future pilots and aircraft technicians practiced on real aircraft, was located here. Alas, as soon as the need for training on one or another type of aircraft passed, these machines were scrapped without any pity. So, quite a number of unique aircraft, that were at the disposal of the center, was lost.

The economic crisis and the collapse of the USSR led to a sharp reduction in the need for specialists in civil aviation, and the training center was virtually abandoned. But there is a silver lining in this: there was no need to update the training park in the abandoned center, so no one touched the planes.

So ten years passed until a group of initiative people was able to realize the idea of ​​turning the training center into a museum. In 2001, it was decided to create it, and in 2003 the museum was officially opened to visitors. At that time there were only 30 aircraft here, but since then the collection has grown to almost 80 aircraft and helicopters. Sometimes future exhibits arrived in a very sad state, but thanks to the efforts of museum restorers, they now look very dignified. The museum’s collection also includes unmanned aerial vehicles, aircraft engines and weapons, and aerodrome equipment. Interestingly, the National Aviation University continues to use the museum as a training base (administratively, the museum is still part of the University).

Among the exhibits of the museum there are several unique aircraft — the only survived examples in the whole world: the first serial Tu-104, experimental Tu-22M0, Il-86, Tu-134, An-71, the only surviving combat training Yak-28U and others. For example, the Il-18 is not just a prototype and a rare VIP-version, but an airplane, which used by the Deputy Minister and future Minister of Defense of the USSR Marshal A.A. Grechko until 1958. IL-86 is represented by the first prototype, which by the end of its flight career was converted into a multipurpose flying laboratory. Taking into account the specifics of the application, the aircraft was equipped with anti-spin parachutes and an emergency exit shaft for the cockpit, and the doors on the starboard side were made, as protective aerodynamic shields, to facilitate leaving the aircraft in flight. Among other things, this aircraft participated in the air shows in Le Bourget (France).

The huge Mi-26S helicopter has its own history: after 1986, a participant in the liquidation of the accident at the Chernobyl nuclear power plant ended up in a “contaminated equipment dump” near Konotop town. Fortunately, the helicopter had low emission level, so it was agreed to transfer it to the museum. The huge helicopter no longer flew, so it had to be transported from Konotop to Kyiv in parts and assembled at the 410th aircraft repair plant. The Yak-38 deck-based vertical takeoff aircraft previously served on the “Kyiv” aircraft carrier of the Soviet Navy, and both Su-25 attack aircraft from the museum collection fought in Afghanistan.

Alas, the most unique aircraft in the museum collection has not yet been exhibited. We are talking about ANT-7, produced in 1931-1935. The wrecked aircraft was found in Kamchatka by Evgeny Konoplev back in the 80s, but only in 2005 was its restoration completed at the 410th aircraft repair plant with the participation of the Tupolev design bureau. It is currently the last surviving aircraft of this type and one of the few surviving multi-engine aircraft of that era. Why this unique exhibit has been inaccessible to the general public for many years is not clear.

I am glad about the attitude of museum workers to their “wards”. For example, the prototype of the An-71 radar detection aircraft has the original engines, specially found and installed instead of the previously installed engines from aircraft of a different type. It is nice to note, that the exhibits are well-groomed, although the museum has very modest funding.

If the visitor wishes to learn more about airplanes than what is written on the plates at the exhibits, he will be disappointed: there is no historical exposition in the museum. Only in 2016, an exhibition of aircraft engines was opened here, to enter which you need to pay a separate small fee. And that’s all: not a word about the workshop of I.I.Sikorsky and the design bureau of O.K.Antonov, Kyiv airports and airfields, not to mention other memorable places and events in the history of aviation. There is not even the basic exposition about the Kyiv Institute of Civil Aviation (National Aviation University), on the basis of which the museum was created. Individual stands, complementing the engine exhibition, cannot replace a full-fledged exposition in any way, and this is the main drawback of the museum. But the museum is working hard on the expansion of the exposition.

The museum management is trying to develop its exposition: the creation of four more exhibition halls has been announced, where visitors can see crew rescue equipment, aircraft weapons and even an aircraft simulator. In addition, crowd-funding was organized to create an exposition, dedicated to the history of the Kyiv Higher Military Aviation Engineering School: http://aviamuseum.com.ua/ru/about/608-muzey-kvvaiu.html.

The museum is open from Tuesday to Sunday from 10:00 to 17:00, but the ticket office (and with it access to the exposition) closes at 16:00. In addition, aircraft and helicopters cannot be entered on Tuesdays. Address: Kyiv city, Medova street, 1. The entrance to the museum is located 1.5 km from the entrance to the new terminal of “Kyiv” airport. The cost of visiting the museum is 100 hryvnias (c. 3.5 US dollars), guided tours in Ukrainian and English are available. 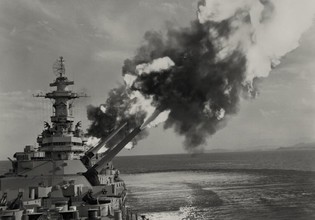 «I’d rather be a pig than a fascist»

Colors of the Battle Skies: Catchers of Winged Bombs

The Hardest Fight of Hermann Graf
HI THERE!