By pure numbers, Poland had an impressive amount of armoured vehicles in WWII: about 870 units (against approximately 2700 German tanks in Army Groups North and South). However, three quarters of them were rather unusual vehicles: TK-3 and TKS tankettes. What were the machines that formed the backbone of the Polish armoured forces like?

An Architecture Student and his Roach

One of the first large battles of WWII began on September 9th, 1939: the Battle of the Bzura. Polish Poznan and Pomorze armies, retreating to the east from the Poznan salient, ended up in the rear of the German Army Group South, which was aiming towards Warsaw. Moving at night, the Poles secretly reached the Bzura river and delivered a powerful blow against the left flank of the German 8th Army. The south-east offensive liberated many cities and forced the Germans to revise their plans in central Poland, moving additional tank and airplane units towards Bzura. The situation was so critical for the Germans that on September 17th, the Luftwaffe cancelled all sorties except those in the Bzura region. Nevertheless, the Poznan and Pomorze armies were unable to change the overall course of events; the Germans were at Lvov on September 12th and completed the encirclement of Warsaw on September 14th.

Among other units, the Great Poland Cavalry Brigade was a part of of the Poznan army, which in turn contained the 71st Armoured Battalion. Out of the three companies of this unit, formed just before the war (August 24th-27th), only one was equipped with vehicles which would be referred to as tanks. These were 13 machinegun-armed TKS (and possibly TK-3) tankettes, four of which were rearmed to 20 mm wz. 38 model A autocannons, classified as «super-heavy machineguns» by the Poles. One of these «heavily» armed tankettes ended up under the command of a platoon commander Sergeant Roman Edmund Orlik, a student of the Warsaw Polytechnical University, drafted on August 26th. The second member of the crew was the driver, Bronisław Zakrzewski.

During the Battle of the Bzura, the Great Poland Cavalry Brigade fought fiercely against the 4th Tank Division of the 16th Motorized Corps, 10th Army. On September 14th, the brigade attacked at Brochów. In this battle, Orlik destroyed 3 tanks from the 36th Tank Regiment. Likely these were PzI and PzII tanks, as they made up the majority of the tanks in the 4th division.

On September 18th, the Great Poland Cavalry Brigade, now a part of the Operational Cavalry Group, formed to clear the path to Warsaw for the rest of the elements of the Poznan army who were being encircled by Germans, was fighting near the Kampinoski Park, west of the capital. Orlik's platoon (in Polish sources, a half-platoon, półpluton), his tankette and two more armed with machineguns were sent out to scout. Hearing the noise of tank engines ahead, the sergeant ordered the machinegun tankettes to hide and put his own tankette in an ambush.

A column of three tanks and several cars from the 1st Light Division was driving along the road. Opening fire suddenly, Orlik knocked out the front tank with a shot to the side, forcing the rest of the vehicles to drive into the forest to go around. Changing positions, Orlik destroyed the other two tanks. The rest of the column fled, and his platoon left the battle with no losses.

Several sources claim that the tanks he destroyed were Czech PzKpfw 35(t) tanks, since those were the most common in the 1st Light Division, but one of the tanks was likely a PzIV. The division had several tanks of this time, and lost 9 of them between September 1st and September 25th. Wiktor IV Albrecht von Ratibor was among the heavily wounded in this battle, and later died. Several sources state that he commanded a PzIV crew, and there is even a photograph of his destroyed tank.

On September 19th, Orlik took part in the Battle for Sieraków, where a few dozen tanks of the German 11th Tank Regiment and 65th Tank Battalion attacked the Polish 7th Mounted Rifle Regiment and 9th Lancer Regiment. More than 20 German tanks were destroyed by the Polish tankers and towed guns from the 7th towed artillery squadron, 7 of which were claimed by Orlik. He also captured two German tankers prisoner. After that, Orlik managed to drive his tankette to Warsaw, take part in its defense, and then join the Polish resistance after its fall. He survived the war and worked as an architect.

Taking his vehicle into account, his achievements (13 knocked out or destroyed tanks in less than a week) are pretty amazing. The small, lightly armoured, and lightly armed TKS tankette looks nothing like a menacing tank destroyer. Nevertheless, practice showed that it can be a deadly weapon in the right hands. Seeing as how Orlik became a tanker several days before the war, mastering it wasn't hard.

Polish military historian Janusz Magnuski cites a captured German tank officer as saying «It's hard to hit a small cockroach with a gun». What were these cockroaches like?

A Pole with British Roots

British tank building experiments echoed throughout the world. The «six-ton Vickers» birthed a family of tanks that fought for several nations in WWII. The fate of the two-man MkVI tankette created by John Carden and Vivian Loyd, called «Carden-Loyd tracked machinegun carrier» in Soviet literature. These tankettes were produced in the USSR (T-27), France, Czechoslovakia, Japan, Italy, Poland. In the last two countries, tankettes were the majority of tracked armoured vehicles by the start of the war.

The British tankette, armed with a 7.7 mm water cooled Vickers machinegun, was cheap and easy to produce. It used many easily accessible automotive components in its design, including the Ford T engine.

In 1929, its mass production in Britain began, and Poland bought one unit for trials. After a demonstration at the proving grounds in Rembertów on June 20th, 1929, a decision was made to buy 10 more tankettes, which formed two platoons of five each. Expanded trials showed that the tankettes have good mobility and off-road performance, which, combined with their small size, made them perfect reconnaissance vehicles. A decision was made to replace wz.28 armoured cars in reconnaissance squads of cavalry units with tankettes. Poland purchased a license to produce the Carden-Loyd MkVI.

Further trials from September to December of 1929 showed several drawbacks. For one, the uncomfortable unsprung suspension caused problems, exhausting the crew during prolonged trips. Two British-built vehicles were improved with half-elliptical leaf springs.

While the TK-2 still used the Ford T engine, the TK-1 used the new Ford A. Both vehicles received an electric starter and a Hotchkiss wz.25 air cooled machinegun. As for the name of the Polish tankette, there is no single opinion about its origins. TK can stand for the last names of the designers who worked on the project, Tszeczak and Karkoza, the initials of Lieutenant Colonel Tadeusz Kossakowski, from the engineering department of the Polish army, or just an abbreviation of the word «tankette».

Further experiments led to the creation of a third variant of the vehicle with a closed top. The new vehicle, indexed TK-3, was adopted by the Polish army in 1931. 100 tankettes were made in total, split into three batches. 15 TK-3s from the first batch were made with mild steel.

In the early 1930s, the Poles purchased a license for the Italian FIAT-122BC engine to replace the Ford A, which had to be purchased abroad. In 1933, these engines were installed on several tankettes. In total, between 18 and 22 tankettes (indexed TKF) were made with these engines. Likely, they were counted towards the 100 TK-3 made, somewhere towards the end of production.

In 1933, work to modernize the TK-3 began. The TKS (pre-war style, TK-S) received a new hull with improved armour. The tankette was equipped with the domestically produced FIAT engine and a new transmission. The suspension was reinforced, tracks widened, and the track tension system altered. The commander received a rotating modern periscope, and the machinegun was installed in a ball mount. The first prototype used a water cooled wz.30 Browning machinegun, but a decision was made to return to the air cooled wz.25, like on the TK-3.

In total, 262 TKS tankettes were built before April of 1937. The lighter TKS-B variant was developed as an artillery tractor. Instead of armoured plates, it used ordinary steel. The vehicle was lighter, faster by 5 kph, used less fuel, was easier to control, but was never put into production.

It was obvious from the beginning that a tankette armed only with a machinegun could not fight against enemy armoured vehicles. There were several ideas to re-arm them with more powerful weapons. A proposal was made in 1931 to use the 13.2 mm Hotchkiss heavy machinegun. Variants with 37 and even 45 mm guns were explored. In 1935-36, the heavy 20 mm Solothurn S-18-100 anti-tank rifle (used as the primary armament on the Toldi tank) was tested on a TKS tankette. The trials showed that it could be useful to install a weapon of this caliber, but idea was rejected as the rifle could only fire single shots.

After testing out several models of Oerlikon, Solothurn, and Madsen autocannons, a decision was made in August of 1939 to re-arm 80 TKS and 70 TK-3 tankettes with the recently designed 20 mm wz.38 model A guns.

Only 50 guns were made before the war, and even fewer were actually installed on tankettes: between 20 and 24. Roman Orlik was lucky enough to end up in one of them. Combining their small size, good mobility, and improved armament, these TKS and TK-3 tankettes were among the most useful of the Polish tank fleet.

Any story of Polish tankettes should mention experimental vehicles on their chassis. In late 1932 or early 1933, an experimental TKW (W for wieża, turret) turreted version of the tankette was built. Both air and water cooled machineguns were tried out. Experiments with this mini-tank showed that it was extremely cramped, had terrible air flow, and bad visibility. The center of gravity was too high and the right side was overloaded, which could lead to it flipping over. The driver's armoured cabin restricted to turret's rotation to a 306 degree arc.

The TKD self propelled gun was built on the TK-3 chassis in 1932, armed with a 47 mm short barreled Vickers QF gun. The SPGs were meant for anti-tank and artillery support of cavalry units. Exercises in the summer of 1933 showed that there were no problems with the suspension, but the weak gun was inadequate for the needs of the Polish army.

One experimental TKS-D vehicle was armed with a 37 mm Bofors gun. The concept was unique: the tankette served as a tractor for an anti-tank gun, which could be removed from its mount and installed in the tankette if necessary, turning the tractor into a miniature tank destroyer.

Another interesting design was the Polish take on the convertible drive concept which was popular in the 1930s. A special wheeled chassis was designed for tankettes on the Ursus A truck chassis. After driving up a ramp, the drive sprockets connected to the rear axle with chains and the controls were connected to the front wheels. The tankettes took on the shape of heavy armoured cars, although the lack of turret meant that this solution was of questionable utility in combat.

The TK-3, TKF, and TKS tankettes were the backbone of the Polish armoured force before WWII. 600 units formed a mighty army on paper. In reality, they could not serve as a proper replacement for «real» tanks. However, advantages such as small size and good mobility let them perform reconnaissance or fight from ambushes. In the absence of other armour, they could perform the role of an infantry support tank, their presence alone sometimes boosting the morale of Polish infantry and negatively impacting the Germans, who were not expecting to encounter Polish armour. 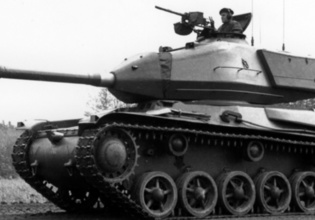 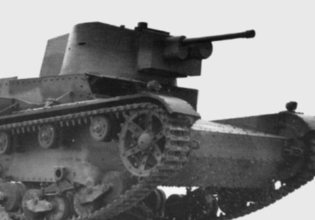