3.7 cm Pak: Life of the Doorknocker

When one thinks of the German blitzkrieg and its weapons, one first thinks of tanks and airplanes. Meanwhile, the 3.7 cm Pak anti-tank gun could very well be one of the symbols of the early war. First used with great success in Spain, forcing its enemies to develop tanks with shell-proof armour, it ended up as a useless «doorknocker» against T-34 and KV tanks. What is the history of this little cannon?

Soon after tanks appeared on the fields of WWI, the issue of fighting against them was raised. Germany was particularly sensitive to its rapid resolution, and several anti-tank measures were quickly developed, which were inherited by the post-war Reichswehr. In the mid 1920s, it was obvious that these measures were obsolete, and it was necessary to design a new gun that could fight against tanks.

The result was the gun known as the 3.7 cm Pak, later ironically nicknamed «army door knocker» (Heeresanklopfgerät, PanzerAnklopfKanone). The history of development and application of this gun is quite interesting.

A question of terminology

The tradition of assigning names to anti-tank guns in Germany is interesting in and of itself. Initially, they were called Tankabwehrkanone (Tak or T. for short), which made it obvious what they were used for. In order to conceal the re-armament program, the Supreme Command of the Ground Forces changed the name to Panzerabwehrkanone (Pak), overriding all previous names.

This required changes in designations of military units, equipment, corrections of blueprints and drawings, lists, instructions, manuals, etc. This work was done gradually. Old manuals were not destroyed, but remained in use until new editions were available. In order to avoid confusion, the names of weapons and ammunition, as well as units, were often manually corrected.

The last change in titles happened on April 24th, 1941, when the term Panzerjägerkanone was introduced. Anti-tank guns were also separated into classes, retaining the Pak short form.

Many modern and not so modern publications invent their own names: Pak 35, Pak 35/36, Pak 37, etc. All of these are incorrect. In German documents, no names other than 3.7 cm Tak, 3.7 cm T. or 3.7 cm Pak are used. Nevertheless, these inventions are widely spread even among military historians.

More mixups were introduced due to the fact that before the 1936 order that changed Tak into Pak, the terminology used was rather unconventional. The term «Minenwerfer» could mean either a mortar or a light infantry cannon, and even the Germans themselves got confused about what type of weapon and ammunition was being used. A special order corrected this issue.

For the sake of convenience, the later terminology will be used. It is more commonplace and easier to understand.

«… firing positions of infantry weapons differ significantly based on the method of application (combat mission). One significant fault is that a gun set up for fighting tanks from an open position can easily be destroyed…»

A decision was made that light infantry guns (the future le.I.G. 18) will be used for infantry support, and 37 mm anti-tank guns (future 3.7 cm Pak) will be used against tanks. The design and development of the mounts for both systems began almost immediately. Both guns were supposed to use the same mount, but the result was completely different. The only identical parts were the wheels (first wooden, later metallic). Later, the suspension springs also became similar.

During WWI, the 37 mm Revolverkanone (Schuetzengrabenkanone) trench gun showed itself well, and barrels were available in large amounts. It was only necessary to make a mount for these barrels.

The 3.7 cm Pak can be seen in the following document:

«…Requirements for the mount

…Requirements for the 37 mm barrel:

…As soon as the effectiveness of the 37 mm shell matches the above requirements, the gun will be tested by the infantry inspectorate and the results will be reported to the chief of the ground forces directorate."

On June 1st, 1927, the trials department composed and presented a list of priorities for current and future designs. The list of urgently needed weapons included the light infantry gun mod. 1918 (le.J.G. 18) and a parts and tools kit for it, as well as an anti-tank gun on a mount with split trails, including spare parts. A limber and ammo box was in development for both, as well as ammunition (including casings, propellant charge, and storage containers).

On August 1st, 1927, a report was provided on the current position of the defense industry and on the stages of development of prospective projects and their preparation for production. In the «current status/detailed description» chapter, the following was written about the le.J.G. 18 and 3.7 cm Pak:

«…The mass production preparations for both guns can be finished, at best, in 1929. It is not known is new 37 mm anti-tank guns will be ready earlier. Two experimental prototypes of the 3.7 cm Tak will be ready by January 1st, 1928. In case of great urgency, if trials (including field trials) are accelerated, final blueprints can be prepared before the start of 1929, and preliminary production can begin then. QA measurements and technical requirements can be developed before the end of 1929, and mass production can begin then. 14 light infantry mod. 1918 guns (second experimental prototype) will be ready on January 1st, 1928, and will be sent to field trials…»

«…There are disagreements regarding the use of the future 37 mm gun. The technical and administrative-quartermaster directorates insist that it should be mounted on a self propelled mount, so it could be used for mobile anti-tank defense. The infantry inspectorate demands that a horse or tractor drawn gun, as well a self propelled mount should be highest priority…»

As a result, it was decided to first test the characteristics of the 37 mm barrel. Issues of mobility would be worked through in detail and discussed later. In the end, the Rheinmetall-Waffe variant with split trails and wooden wheels for transport by horse was chosen.

After the start of preliminary production, Soviet specialists from the GAU familiarized themselves with the gun. As a result, a decision to purchase several samples, documentation, blueprints, and a license for production in the USSR was made. In August of 1930, the agreement was signed. The gun was accepted into service with minor changes under the title «37 mm anti-tank gun mod. 1930» (1-K, GAU index 52-P-162). The ammunition used by both guns was interchangeable.

Later, a similar gun was created in the USSR, but with a caliber of 45 mm. Ironically, the German design became the progenitor of the main Soviet anti-tank gun of the late 1930s that served throughout WWII.

On September 17th, 1934, an order was issued by the chief of the Supreme Directorate of Ground Forces on the modernization of light infantry and anti-tank guns. Now they would be equipped with suspension springs and rubber tires. This modernization was necessary for towing the guns at high speeds behind cars and trucks, as it could not be done on wooden wheels.

Minor changes were introduced between 1934 and 1936 to correct problems discovered during use.

On April 24th, 1936, a new telescopic sight was accepted into service and issued to the troops. The gun ended up with three sights: panoramic, telescopic, and collimating. The last was only used when firing directly, in the event that the other two were destroyed.

According to «Overview of Ground Forces Armament» (Überblick über den Rüstungsstand beim Heer), 11,200 3.7 cm Pak guns were available as of September 1st, 1939. After the beginning of WWII, the guns were produced in the following amounts:

The record from March 1st, 1942, says «order completed». Overall, 16,639 guns were built during the period of mass production.

For almost a decade after its inception (before the development of tanks with shell-proof armour), the 3.7 cm Pak was one of the best anti-tank guns in the world. A shell fired from this gun penetrated the armour of all known tanks.

The issue of continued production of the 3.7 cm Pak was raised in mid-1942. Use of the T-34 and KV tanks on the Eastern Front showed that the gun could no longer cope with its objectives. The inability to penetrate their armour earned it the hurtful nickname «doorknocker». Even the development of a supercaliber HEAT round in 1941 (Stielgranate 41) could not effectively solve the issue of penetration.

In addition, the journal of the 3rd Organizational Department of the Chief of Staff of the German Armed Forces bears a record on June 3rd, 1942, of results of a meeting to completely replace the 5 cm Pak 38 gun in service with the Wehrmacht's anti-tank units with the more powerful 7.5 cm Pak 40, and ending production of the Pak 38. If the more powerful 5 cm Pak 38 was up for retirement, then the fate of the 3.7 cm Pak was sealed.

«The General Staff of the Ground Forces finally decided to reject the 3.7 cm Pak. The reason is that the gun is no longer suitable for use as an anti-tank gun. The proposal to continue production merely as an infantry assault gun is unacceptable."

A detailed walkaround of a restored 3.7 Pak can be seen here. 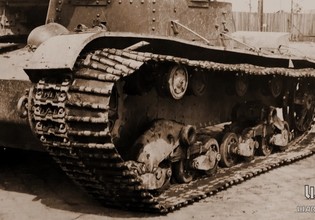 A SPAAG for the Panzerwaffe