Fierce battles for the island of Guadalcanal (August 7, 1942—February 9, 1943) in the southwestern part of the Pacific settled down for a while: the U.S. Navy was preparing to break through the «protective barrier» created by the Japanese in the Bismarck Archipelago.

Finally, in June 1943, the Americans launched the much-anticipated offensive as per Operation Watchtower. It was accompanied by a series of constant clashes between the light forces of the opposing fleets. We will focus on one of these battles that happened on the night of November 2 in Empress Augusta Bay off the island of Bougainville.

Following the death of Admiral Yamamoto on April 18, 1943, Admiral Koga became the new Commander-in-Chief of the Japanese Combined Fleet. Keeping the defeat at Guadalcanal in mind, he decided to hold back the Imperial Navy's major forces for some time. The burden of the battles during this period fell entirely on destroyers and cruisers. Meanwhile, military activities were gradually approaching the island of New Britain and Rabaul—the main Japanese naval base in the region. In its turn, Bougainville was to become an advance base for the Americans, where their fighters could take off and accompany long-range bombers during their raids on Rabaul. On November 1, without facing much resistance, the U.S. Marine Corps began their landing on the island near Cape Torokina. The Japanese launched the aircraft of Admiral Ozawa's carrier force to confront the landing, but the Americans managed to continue their invasion under the cover of heavy fire from the U.S. ships.

In an attempt to repeat the successful night operation of the Japanese cruisers on August 9, 1942 off Savo Island, Admiral Koga gave the order to send all available ships against the Americans. He wanted to seize the initiative at sea and redeploy his troops to eliminate the enemy's foothold. Admiral Omori was appointed the commander of the operation and received heavy cruisers Myoko (flagship) and Haguro in his immediate disposal. He was also in charge of Admiral Ijuin's ships (light cruiser Sendai and destroyers Shigure, Shiratsuyu, and Samidare) and Rear Admiral Osugi’s ships (light cruiser Agano and destroyers Naganami, Hatsukaze, and Wakatsuki). The Japanese ships that assembled to take part in the operation had no experience of working together, and some hadn't participated in battles at all. As for Omori, he had never run a major naval operation before, and prior to being assigned to his post, he was an instructor at a torpedo school.

The Japanese squadron left Rabaul at 5:20 PM on November 1. Having met destroyers with assault troopers at the St. George Canal, at 8:30 PM, Omori's ships moved on. The sea was calm and hazy, visibility was only about three miles, a light southeastern breeze was blowing. When the Japanese task force was 15 miles to the east of Cape St. George, it was spotted by the surveillance radar of one of the U.S. long-range reconnaissance planes B-24. At 9:20 PM, the plane reportedly attacked Sendai, but the bombs failed to hit the target. At around the same time, a Japanese reconnaissance airplane detected the U.S. ships and reported to the flagship that three enemy battleships, and numerous cruisers and destroyers were maneuvering in Empress Augusta Bay near Torokina. After consultations with headquarters, Admiral Omori sent the transport and escort ships back to the base.

Meanwhile, Admiral Halsey, knowing about the approaching enemy, decided to intercept it and sent the only striking force he had at hand at the time—Task Force 39 under the command of Admiral Merrill—to fulfill the mission. The American squadron advanced towards the Japanese in three columns. A group of light cruisers was in the center: Montpelier (flagship), Cleveland, Columbia, and Denver. Captain Burke's destroyers were on the right flank in the vanguard: Charles Ausburne, Dyson, Stanley, and Claxton. The left flank in the rear guard was under the control of Commander Austin's destroyers: Spence, Thatcher, Converse, and Foote.

Night had already fallen, and visibility was next to none. From the enemy's active radio communication, the Japanese knew that the American radars could trace their movements while Omori ships' crews could rely only on their own eyes and the data from reconnaissance planes. At 01:24 AM, an American scout-bomber attacked cruiser Haguro and hit her superstructure, causing the whole task force to drop its speed to 30 knots. 14 minutes later, a Japanese aircraft spotted an enemy 20 miles to the south. Omori began to maneuver in order to confuse the Americans and gain some time before receiving new reconnaissance data. Because of these maneuvers, the formation broke, and the distance between the ships reduced to a dangerous level.

At 02:27 AM, the radars on Merrill's cruisers spotted the enemy, and the Admiral decided to block the entrance to Empress Augusta Bay with his cruisers to prevent the enemy from attacking the landing zone. He made a sudden northbound turn with all of his cruisers. This enabled the squadron to meet the enemy approaching from the west with main battery gunfire, while remaining at a safe distance from the Japanese long-range torpedoes. Meanwhile, two groups of destroyers were ordered to launch a torpedo attack from the south and north-west, thus enveloping the Japanese. The cruisers were instructed not to open fire until the lethal «metal fishes» launched from Burke's and Austin's destroyers reached their targets.

One of Omori's planes noticed the enemy ships and fired an illumination bomb in their direction to attract the attention of his allies. These were American destroyers, who had already launched their torpedoes at a distance of about four miles from the Japanese. Realizing the danger, Omori turned the squadron to the southwest, and 25 American torpedoes missed his ships. The turning circle of Sendai during this maneuver was so unexpected, it totally confused his column. Destroyer Samidare, trying to avoid hitting the cruiser, collided with Shiratsuyu, damaging some of the deck superstructures and guns of the latter. After the incident, both destroyers headed back towards Rabaul.

As soon as Merrill realized that the Japanese were turning away, he ordered his cruisers to open fire. Their closest goal was Sendai that was doing strange maneuvers, pacing like a caged animal. With the help of the data from their radars, the U.S. cruisers hit the target with the first salvo. The sea around Sendai was literally boiling because of the falling shells. The attacks were rolling on and on. The cruiser caught fire, heeled, and slowed down. However, Sendai managed to launch a full torpedo salvo at the enemy, and the destroyers backed her up with their torpedoes. The U.S. cruisers were constantly switching their fire from ship to ship, causing even more chaos among the enemy.

Meanwhile, the Americans had their share of accidents, too. First, destroyer Foote failed to follow the order and dropped out of the formation. While trying to catch up with the allied ships, she was hit by a Japanese torpedo launched at the cruisers. Foote lost her stern, but stayed afloat. Cleveland nearly crashed into the incapacitated ship, while Spence, which was right behind them, tried to evade the collision and grazed USS Thatcher, stripping some paint from her side.

The Japanese opened fire with illumination shells to see the enemy. But in spite of all the cannonade, Merrill's ships remained undetected. Admiral Omori, trying to flee the bombardment, began to re-order the ships into their initial formation. Because of Rear Admiral Osugi’s mistake, his column barred the way for the allied heavy cruisers. As a result, Myoko rammed Hatsukaze and shaved off her bow. Rescuing the damaged destroyer was too dangerous, so she was left to her fate.

At 03:15 AM, the American cruisers focused fire on Myoko and Haguro, and that's when the silhouettes of the U.S. ships finally appeared in the Japanese sights. As soon as it happened, the Japanese fired their torpedoes and struck back with their main battery guns. However, Merrill's cruisers were sailing in full swing, carrying out dexterous evasive maneuvers, maintaining their order, keeping their distance, and unleashing their hammering fire at the enemy. With time, the Japanese salvos also became more precise. Several shells fell on Denver, but they didn't detonate. To avoid further hits, the American cruisers generated a smoke screen and hid behind it. Spence, sailing left abeam of the cruisers, was hit below the waterline: the shell damaged the fuel tank, which caused the ship to stop some time later. But even despite the disengagement of two destroyers, the U.S. squadron overpowered the enemy. The defeated Japanese were so confused that after the war, during Omori's interrogation, he would still claim that they had opposed at least 7 heavy cruisers and 12 destroyers!

At 3:37 AM, the Japanese squadron was ordered to head back to Rabaul. The commander thought that the enemy's forces were twice as numerous as his. By that time, he had already lost Sendai and Hatsukaze, which remained on the battlefield. Besides this, both heavy cruisers and two destroyers were damaged as well. When the Japanese were leaving the battle, they were sure that they had sunk at least two cruisers.

As the Japanese squadron was withdrawing, the American destroyers found both disabled ships and quickly sank them with their 127 mm guns. Japanese submarine J-104 had managed to evacuate Admiral Ijuin and thirty seven crew members from cruiser Sendai, while destroyer Hatsukaze took her entire crew to the ocean floor.

As a result of the Battle of Empress Augusta Bay, Admiral Merrill gained a glorious victory over the enemy despite his inferior artillery and torpedo power. The U.S. Commander showed his skills by reacting quickly to all the unexpected changes that happened in the course of the battle. Having secured his forces in Bougainville, three days later Admiral Halsey ordered the aircraft carriers to raid Rabaul with the aim of suppressing the Japanese air forces. After that, American planes attacked the Japanese base time and time again in numerous successive raids. Ultimately, Merrill's victory ensured the neutralization of Rabaul, the breaking of the «protective barrier», and the subsequent successful advance of the Allied forces toward the Japanese archipelago.

Highlights for Warspot: War of the expectations that never came true 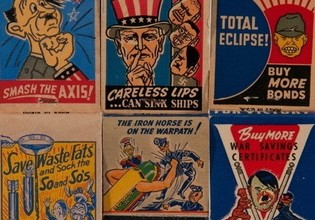 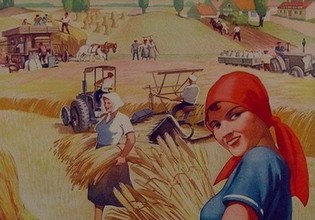 Highlights for Warspot: Berlin. Even more beautiful than ever!
Share

Christmas under the periscope
HI THERE!