The signing of the armistice on November 11, 1918 at Compiègne effectively ended World War I. One of the armistice terms was the internment of the German fleet, which still constituted a mighty force at that time.

Under pressure from Great Britain, the German navy was to be interned at the British naval base at Scapa Flow in the Orkney Isles. On the night of November 15, Rear-Admiral Meurer, the representative of the High Seas Fleet's commander, was presented with the terms of surrender aboard Admiral Beatty's flagship, Queen Elizabeth.

In the pre-dawn twilight of November 21, the ships of the Grand Fleet began Operation ZZ—the meeting and escorting of the German navy to the site of their internment. A massive flotilla of British ships comprising 33 dreadnoughts, nine battlecruisers, two armored cruisers, and 27 light cruisers took formation in two columns six miles apart, each some 15 miles long. Five light cruisers positioned themselves pentagonally between them. Shortly before 10:00, the German ships emerged from the mist towards the British in a single column under the flag of Rear-Admiral von Reuter. Five battlecruisers led the way, followed by nine dreadnoughts, seven light cruisers, and 49 destroyers. The German ships had been ordered to sail with reduced crews and without ammunition. The light cruiser Cardiff led the German convoy between the British lines. As soon as they reached the British flagship, Beatty’s squadrons made an all-together turn towards the British naval base.

The German ships dropped anchor in Aberlady Bay, near May Island. At 15:57, Beatty ordered the Imperial naval ensigns on them to be hauled down. Afterwards, the admiral addressed his flagship’s crew with the following words:

«I always told you they would have to come out."

During the following days, all ships were inspected to ensure that they carried no ammunition in their magazines and that their guns had been rendered useless by removing their breechblocks. By November 27, the German ships were escorted to Scapa Flow for internment to the north and west of the island of Cava, while destroyers were stationed around Rysa Island. The British were forced to keep a squadron of battleships, a flotilla of destroyers, and other minor forces to prevent attempts to escape to neutral ports. At the same time, an Allied deputation in Kiel was charged with the task of sending battleships König and Baden, the new light cruiser Dresden, and one more destroyer to Scapa Flow, to complete the number of German squadron ships specified in the armistice terms.

Thus began the long months of peace treaty negotiations that intended to divide the German fleet between the victors. However, according to the armistice terms the ships were considered to be interned, and the British had no authority to board the interned vessels unless the Germans breached the armistice terms or the British were given von Reuter's personal consent. During this time, the Allied press trumpeted about the cowardice and dishonor of the German navy that preferred to be taken prisoner rather than give one last battle. The crew morale couldn't be worse. Besides that, the food was not of good quality and qualified medical care was in short supply. Moreover, none of the interned seamen were allowed to go ashore and the only form of recreation was catching ﬁsh and seagulls. Witnessing the complete demoralization and mutinous sentiments of his subordinates, von Reuter began to gradually reduce the ships' crews to a minimum of 1,783 men. With this decision the Admiral left only the most devout men on board and lulled the guards' vigilance. On June 17, 1919, von Reuter issued orders that scuttling was to take place at 10:00 on June 21, so as to prevent the British from seizing the ships.

Meanwhile, the British command was preparing boarding parties, believing that most of the German fleet would fall to them upon the signing of the Treaty of Versailles. Rear-Admiral Fremantle whose battleships were guarding the site was informed that the Treaty would be signed on June 21. He decided that his squadron ought to remain in harbor in order to seize the German ships at the time the armistice ended, suppressing the slightest opposition. On June 20 it became known that the deadline for signing the treaty was postponed by two days, and the leaders of the winner states in Paris ordered the German fleet to be seized at 19:00 on June 23. Fremantle then left Scapa Flow to conduct training maneuvers with his destroyer flotilla and sent word to von Reuter that the armistice was to be extended for another 48 hours.

Around 10:00 on June 21, a ﬂag signal appeared on von Reuter's light cruiser flagship Emden, ordering the ﬂeet to stand by for the signal to scuttle. After an hour and a half, a coded signal was sent to all German ships:

«To all Commanding Oﬃcers and the Leader of the Torpedo Boats. Paragraph Eleven of today’s date. Acknowledge. Chief of the Interned Squadron."

This was a direct order to scuttle the fleet. The German crews raised the Imperial naval flags and began opening seacocks, smashing internal water pipes with sledgehammers, and jamming flood valves. Quiet reigned only on Emden so as not to alarm the crew of the British drifter that was berthed alongside. No sooner than at 12:00, Fremantle received an urgent signal:

The two British destroyers and several trawlers left in the harbor could do nothing. The German crews then began to abandon ship and board lifeboats. The British opened fire in their attempt to force the Germans to return and stop the scuttling but it was already too late. Nine men were shot and killed, including battleship Markgraf's captain and Corvette Captain Schumann, with sixteen more wounded.

It was 14:00 when Fremantle’s force re-entered Scapa Flow and tried to save at least some of the ships. As the Captain of battleship Revenge later recalled:

«We could get nothing out of the Baden’s crew as to the position of the seacocks which had been opened. And it is not difficult to imagine what it was like down in the bowels of a strange ship, minutely subdivided, as all German ships are, with no light except for a hand torch, knowing that she was sinking, and that at any moment she might heel over and go to the bottom."

However, the British managed to prevent the scuttling of battleship Baden, together with light cruisers Emden, Frankfurt, and Nürnberg, and 17 destroyers. All the rest had sunk to the bottom by 17:00. Rear-Admiral von Reuter wrote afterwards:

«It was unthinkable to surrender defenceless ships to the enemy. We officers were bound by a decision of the All Highest to destroy them."

The fury of the British after what happened could hardly be described. In the afternoon, 1,774 German seamen were picked up on board the British battleships. Fremantle sent out a general order declaring that they were to be treated as prisoners-of-war for having broken the armistice terms. Von Reuter and a number of senior oﬃcers were brought onto British flagship Revenge, where the British admiral—through an interpreter—denounced their actions as dishonorable while von Reuter and his men looked on «with expressionless faces." Fremantle subsequently recalled that he could not resist feeling some sympathy for von Reuter who had preserved his dignity despite all the accusations against him.

Of the scuttled vessels, four destroyers were initially raised and scrapped by the British. In 1924, the operations to lift a number of ships were undertaken due to them being a hazard to navigation in the Orkney Isles area. Thus, in the period between 1924 and 1926 the remaining 28 destroyers were raised. By 1938, six battleships, four battlecruisers, and one light cruiser were lifted from the seabed. The last one to be raised in the spring of 1939 was the famous battlecruiser Derfflinger, but due to the start of World War II her upturned hull was towed and scrapped only in 1946. The rights to the remaining seven wrecks were fully regulated between the German and British governments in 1962. After 17 years, the Scapa Flow harbor became a monument of archeological heritage and gradually became one of the most popular attractions for divers. 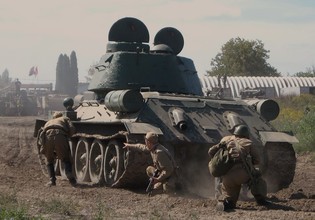 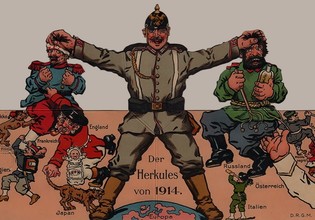 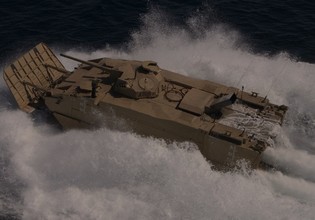 Comet, the Last Cruiser
HI THERE!