In December of 1942, Soviet tank designers had the idea of creating a multi-barreled SPG on a modified T-34 chassis. One of the projects was developed at the Perm OKB-172, an unusual dual howitzer indexed SU-2-122. The project didn't move past the blueprint stage, and remained in the archives. What was it like?

The idea of multi-barreled artillery systems that could fire a salvo occupied the minds of tank designers from many countries. In one case, a design made it to mass production and even to battle: the light Marmon-Herrington MTLS-IGI4, armed with two 37 mm guns. 145 tanks were built, used in combat in the Pacific.

In the USSR, the most famous multi-barreled tank was the KV-7.An experimental prototype of the assault tank (it was never called an SPG) was designed in November of 1941 in Chelyabinsk on Stalin's orders. The KV-7 was armed with two 45 mm guns and one 76 mm ZiS-5 gun. The KV-7 could fire all three guns at the same time. A prototype was finished in December of 1941, and mass production was expected. Archive data reveals that KV-7 hulls were ordered before trials even began, and 20 of them were made. Trials in January of 1942 showed the poor execution of the simultaneous firing idea. The KV-7 was converted to use a pair of 76 mm guns, but the results were largely the same.

While the KV-7 was being worked on, a project on the T-34 chassis was developed in Nizhniy Tagil at factory #183. The tank, indexed T-34-3, had two 45 mm guns and one 76 mm gun in a rotating turret. Unlike the KV-7, this tank did not make it to metal. Activity on this topic ceased, but not for long.

In the middle of December of 1942, the Technical Council of the People's Commissariat of Armament composed tactical-technical characteristics for an SPG with two 122 mm M-30 howitzers. This request was a project of personal initiative, since it did not receive high priority. It was proposed by Major-General of the Artillery Engineering service, A.A. Tolochkov, who was the chief of the experimental designs department. The requirements were as follows:

On May 12th, 1943, the GAU Artillery Committee received a letter from the city of Molotov (the name of Perm from 1940 to 1957). The letter, sent by OKB-172 chief, NKVD Lieutenant-Colonel N.A. Ivanov, contained two projects. One was a heavy 203 mm SPG on the KV-1S chassis, the other a medium SU-2-122 SPG, the same one that requirements were created for in 1942. Both projects were supervised by A.F. Smirnov.

It's worth mentioning what OKB-172 was. It was none other than a prison. The majority of its staff were imprisoned engineers that used to work in Leningrad. In 1941, they were evacuated to Perm. A wide variety of projects were created within the walls of OKB-172, including the 45 mm mod. 1942 gun. Smirnov, the supervisor of the SU-2-122 project, also worked on the MU-2 and B-2-LM naval guns. A part of the prisoners were pardoned due to their excellent work on June 19th, 1943, by decree of the State Committee of Defense #3612. The decree was proposed by Beria himself. As free men, Smirnov and others continued work in OKB-172.

The unusual requirements led to an unusual, yet very well thought out project. Aside from 12 pages of description, it had 5 pages of blueprints with overall views of the vehicle as well as the artillery system. It was obvious that the stock T-34 chassis was not enough for two 122 mm guns. The hull had to be lengthened by 890 mm, and an extra road wheel added. Remembering that T-34 parts had to be used as much as possible, the designers left the engine compartment and the driver's compartment without changes. Unlike the SU-122, where the driver's seat changed and the machinegun operator was done away with, the SU-2-122's front was the same as on the T-34. This was one of the things that lengthening the hull allowed to achieve. The longer hull also improved balance. Unlike the SU-122, the SU-2-122 did not increase pressure on the front road wheels.

The turret was replaced with a casemate (or, in terminology of the day, an immobile turret). In order to increase the available space, the sides of the casemate were wider than the top of the hull. The casemate sides were sloped to improve protection. As was specified in the requirements, the front armour was thickened to 70 mm.

The guns were mounted on a frame, attached to the front of the casemate. This solution, common for Soviet medium and heavy SPGs, had many advantages. A frame did not require a massive floor mount, which decreased complexity and freed up space in the fighting compartment. The artillery system was designed very well. The oscillating part of the M-30 (which, by the way, was produced at factory #172, where the design bureau was based) remained unchanged. Both howitzers were covered by one mantlet. The aiming mechanisms and sights were to the left of the guns. The gunner's seat was also placed on the left, and moved with the guns. The DT machinegun was to the right of the guns, the ball mount and mantlet borrowed from the T-34.

The crew of the SU-2-122 consisted of 6 men. The crewmen could move about freely, due to the size of the casemate, and even stand up fully. Each M-30 had its own loader. The SU-122 had one loader and one breech operator, working in much more cramped conditions. Here, loading was much simpler. The ammunition rack consisted of 70 shells, placed along the rear of the fighting compartment. This placement eased the work of the loaders. The estimated rate of fire of this gun would be 4-5 salvos per minute.

No further work was done on the SU-2-122. The design of a tank is a difficult process, and any decision has a drawback. In this case, it was the size and weight of the vehicle. The longer hull and roomy fighting compartment did not come for free. In this case, the mass of the SPG was estimated to be 34.5 tons, while the SU-122 weighed only 29.6 tons. The ground pressure increased, and average offroad speed decreased to 15 kph. The height was also an important parameter: the SU-2-122 was 2940 mm tall (the roof was 2740 mm off the ground), which was taller than the SU-152.

The main problem with the SU-2-122 was not the height or the weight. In the spring of 1943, production of the SU-122 was underway, and it did not require the T-34 chassis to change. Even the SU-122 was not enough for the military in May of 1943, as a captured Tiger was already tested, and showed that an SPG should have an 85 mm gun with AA 52-K gun ballistics. Nobody needed this double barreled tank, especially after the experience with the KV-7. As a result, this project remained in the archives, where it was discovered very recently. 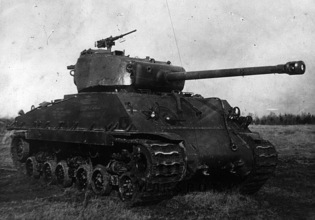 New Legs for the Emcha 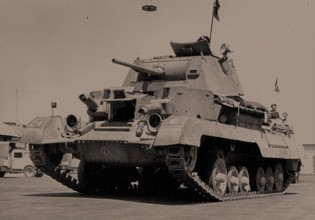 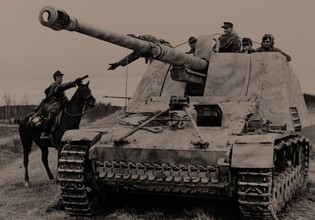 Unlucky SPG from Mytishi
HI THERE!